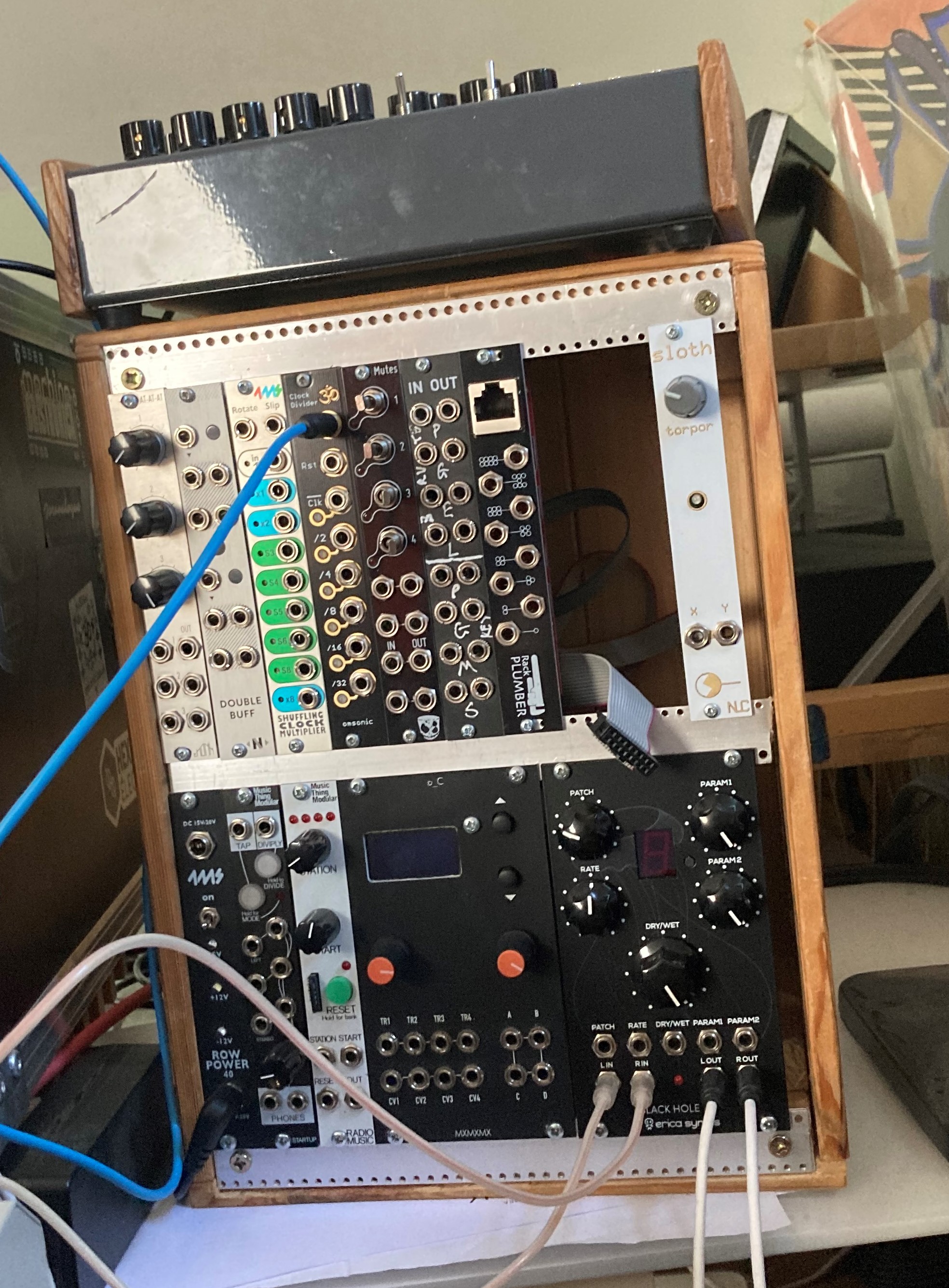 Since our first gig I’ve been using a little home made “mini gig rig” that’s built into an Ikea Knagglig box. It was built pretty quickly, and is fairly rough and ready. After a bit of a tidy up I found another one of those boxes, and thought I’d make a second, and with Covid-19 meaning there’s a bit more spare time on my hands, I’ve actually got around to doing it. It’s an easy thing to knock together, and I think a really handy size for taking out and about.

First you’ll want to remove some of the inner bracing from the Knagglig. On three sides, cut 40mm off the upright joining the panels together. The panels are held on with some nails (you’ll need to pull one out from each upright) and some glue. The sides will soon be held together by the rails, the other one will be the bottom of the rig. Don’t put the box together yet. 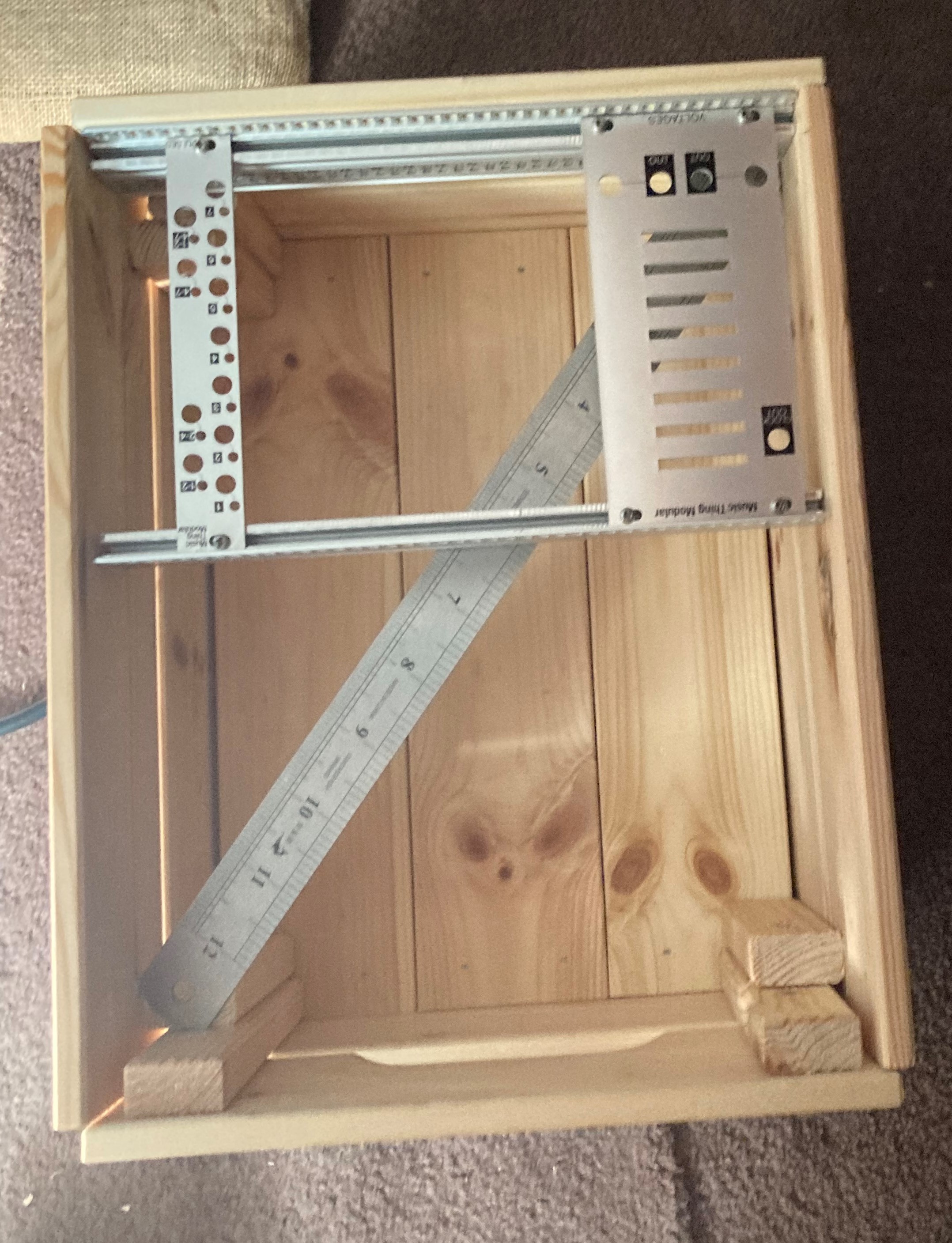 Next use some spare/blank panels to put the rails together. You’ll want more than one to make use things are straight, and you are probably better off using at least one panel with two screws per side. 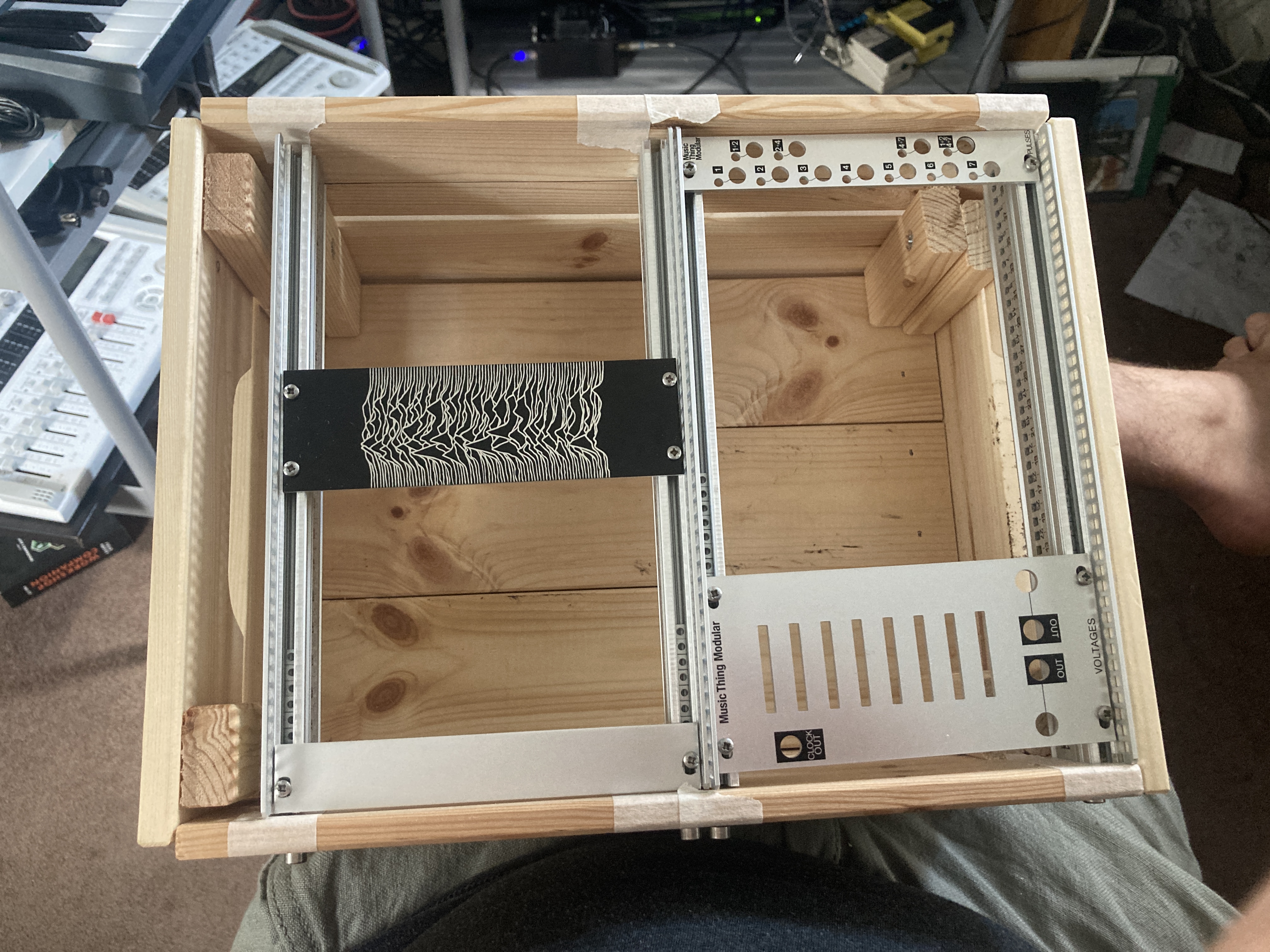 Put the top and bottom (the panels with the handles) on the box. Put the rails in the box to size where the sides need to be, then screw the sides in to the top/bottom.

Now you need to fix the rails in place. To do this you probably want to make a drilling guide to make sure you get the holes in the right spot. I made one with some fibre board I had lying around. Drill the holes, use the M4 screws to secure the rails.

And you’re done - just need to put modules in! 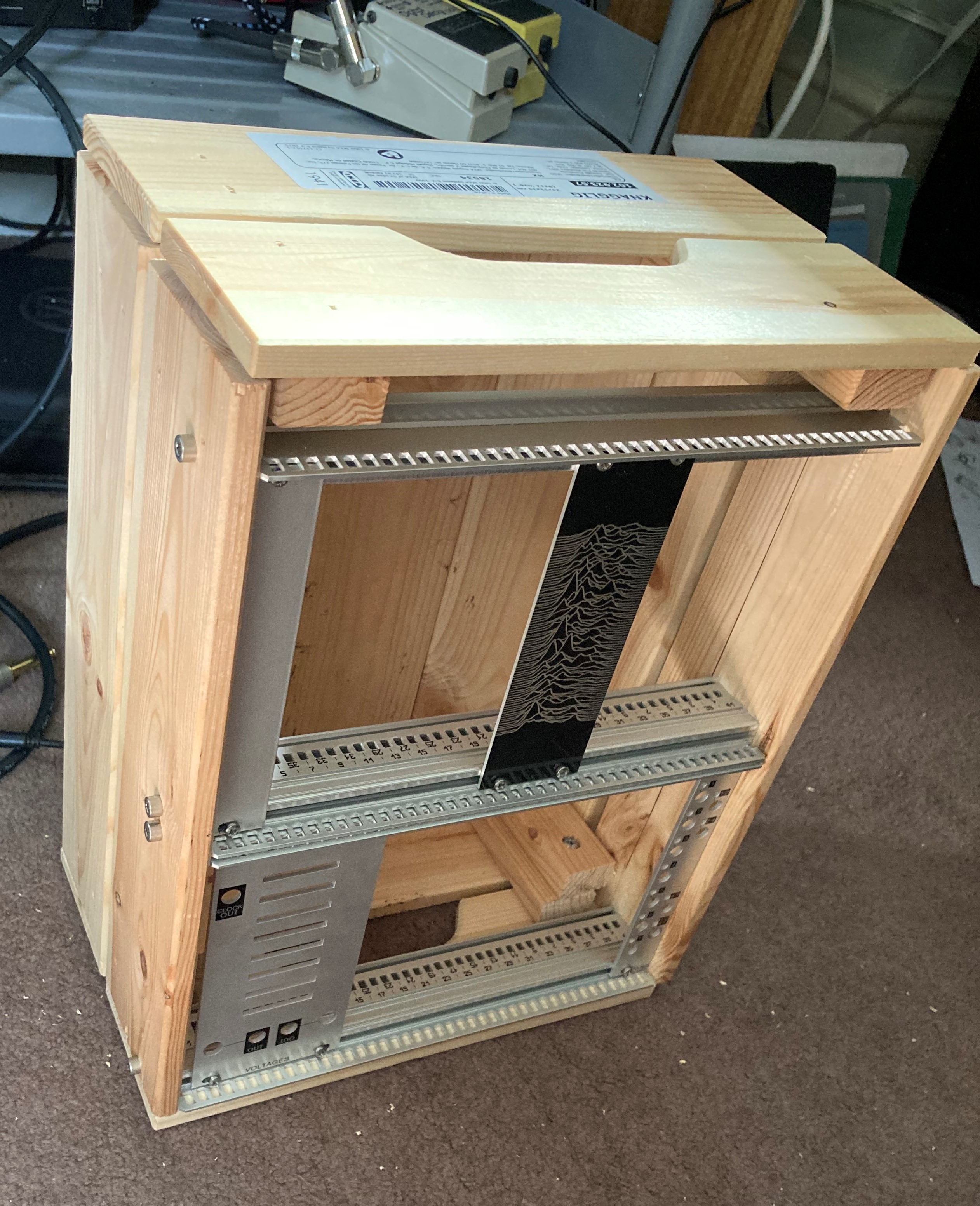 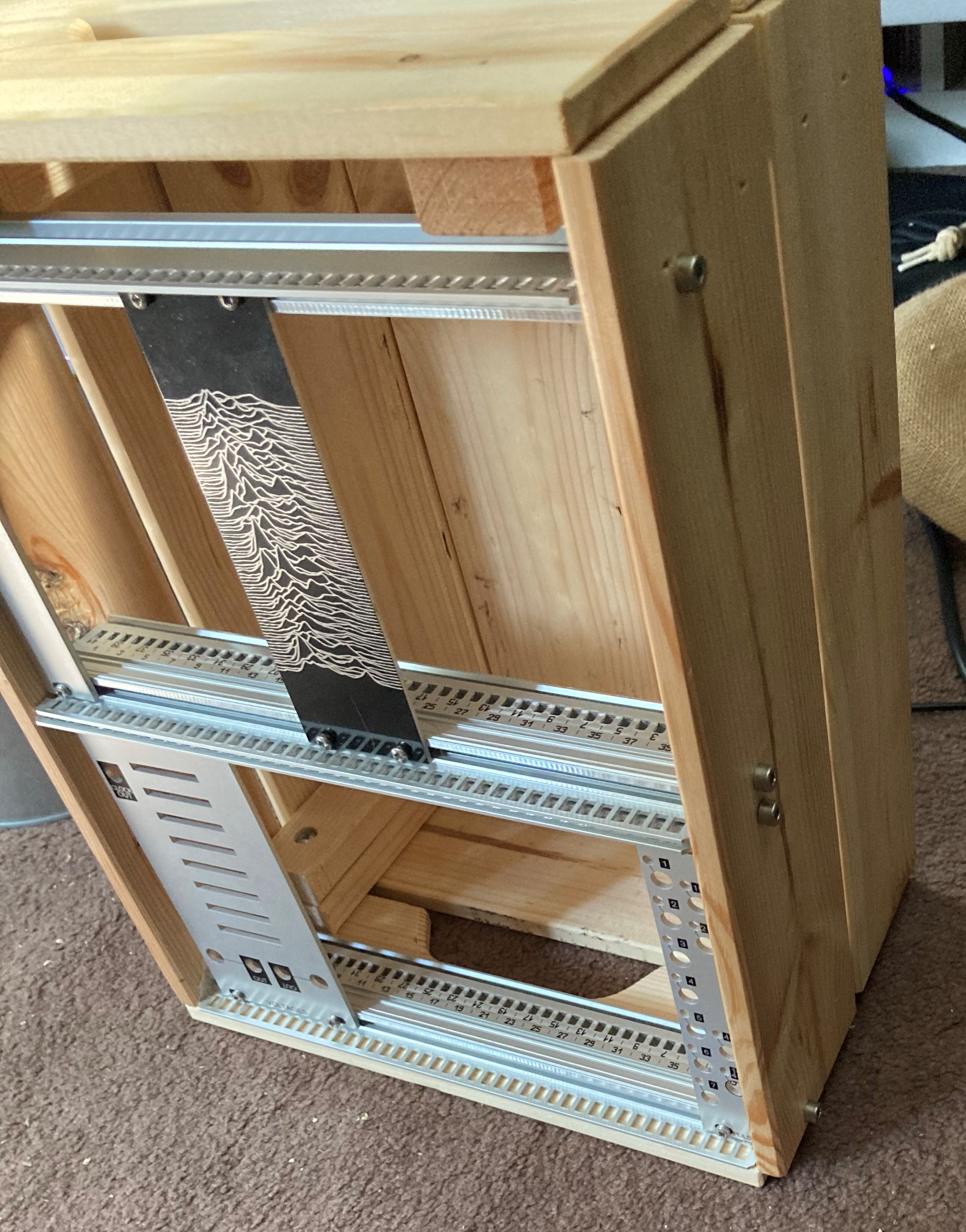 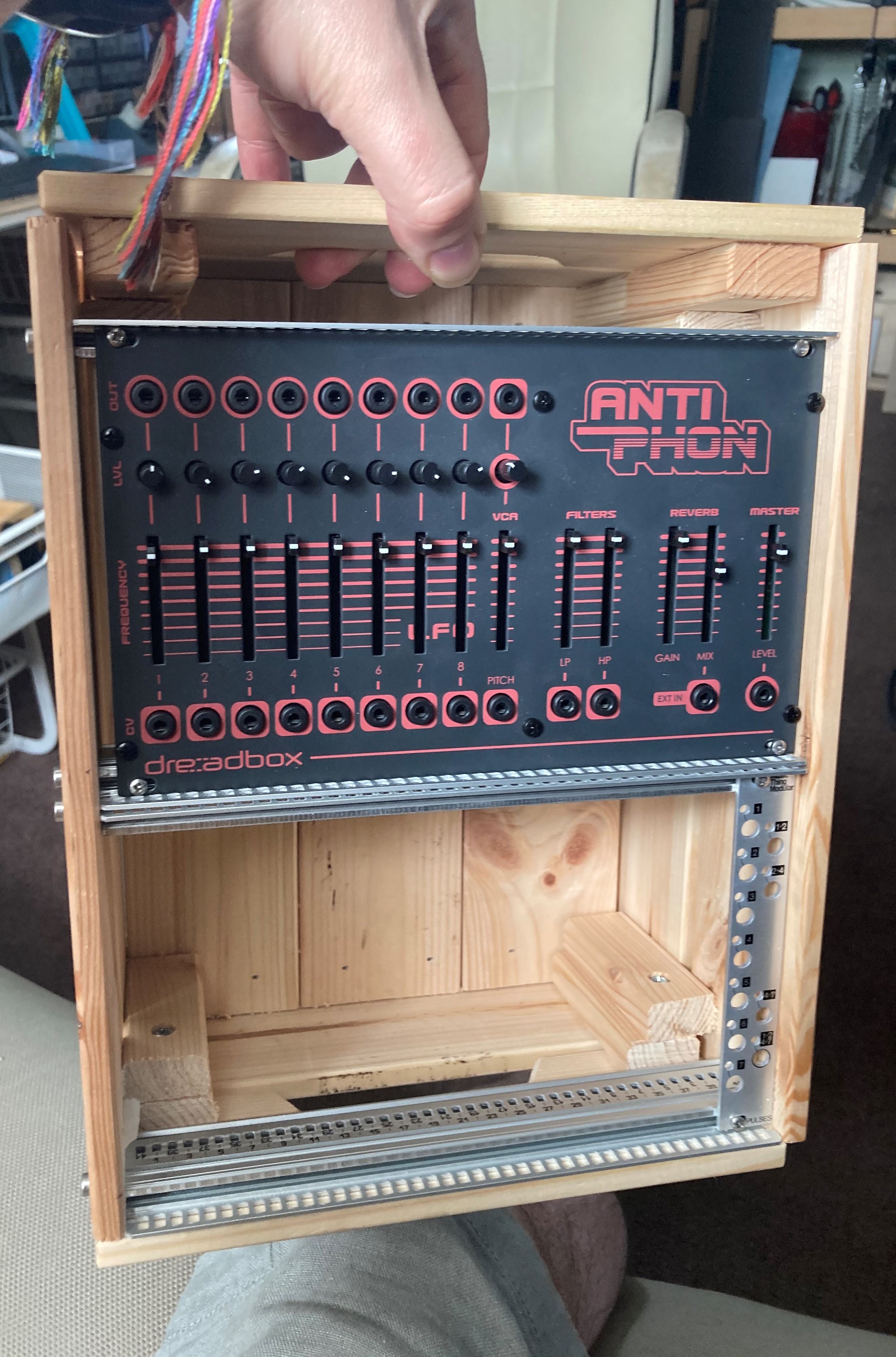